The unit “baud” is the speed of communication between the two devices. Your computer and the Arduino talk via the USB/TTL (serial) interface. There are a few parameters that control this communication, but all of them are standardized (so you don’t have to worry about them) except for the speed.

If you don’t set the two devices to the same speed, then one device will be sending data to the other faster or slower than expected, and the result will be a mess (the text in the serial monitor will be garbage, and unreadable).

At the electrical level, a computer uses voltages to transmit data (a computer can also use multiple voltage levels plus the signal phase to encode multiple bits in a single signal change, but let’s keep things simple here).

When you have a protocol where 1 signal change encodes 1 bit, then 1 baud = 1 bit per second.

It is possible to have multiple bits encoded in a single signal change, like in Phase-shift keying (PSK). In PSK, each signal change encodes 2 bits. So, 1 baud = 2 bit per second.

In quadrature amplitude modulation (QAM), we have 4 bits for every signal change, so 1 baud = 4 bit per second.

In practical terms, you must ensure that your devices are communicating at the same baud rate.

For the Arduino, do this:

This should do it! 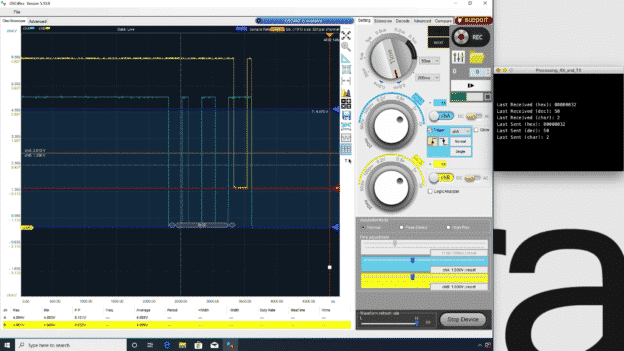 In this video, I show how to decode a single-byte UART communication between my computer and my Arduino Uno.
I do this using my Rigol 2072A bench-top oscilloscope, and a Loto Instruments OSC482 “virtual” or “PC” oscilloscope. 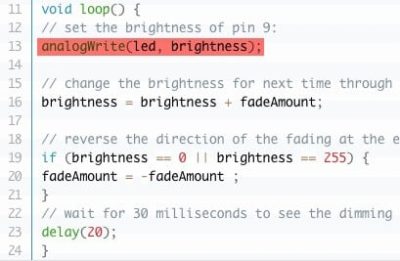 To understand what happens when you give a negative PWM value to analogWrite we need to look into how the Arduino deals with negative numbers,…