Our open-source drone is getting an upgrade!

Our open-source drone is getting an upgrade!

When we published Make an Open Source Drone in the middle of 2017, we chose the Crius All-in-One flight controller because we found it to be a great balance between our four requirements:

The Crius is still a competent flight controller. I have had a lot of fun flying my drone, and it has operated flawlessly.

However, drone technology is progressing in leaps, and the firmware that is running inside flight controllers is becoming more complex. Newer firmware supports better flight control resulting in smoother and more accurate flight, more advanced flight modes, and the ability to connect more peripherals and external flight computers.

We realized that to take advantage of these developments, we should upgrade our drone to a more capable flight controller, that still satisfies our four criteria.

With that in mind, I am working on an update to the course in which I will show you how to upgrade your drone to use the Pixhawk flight controller. We’ll reuse the frame, radio receiver, radio transmitter, motors, propellers, ESC and batteries, and use a compatible GPS receiver.

I’m working on these lectures at the moment, and hope to have them ready to publish in the next two weeks.

Here’s a couple of photos of my new “toys”!

Here, I’m testing the connection between the radio receiver and Pixhawk using PPM. 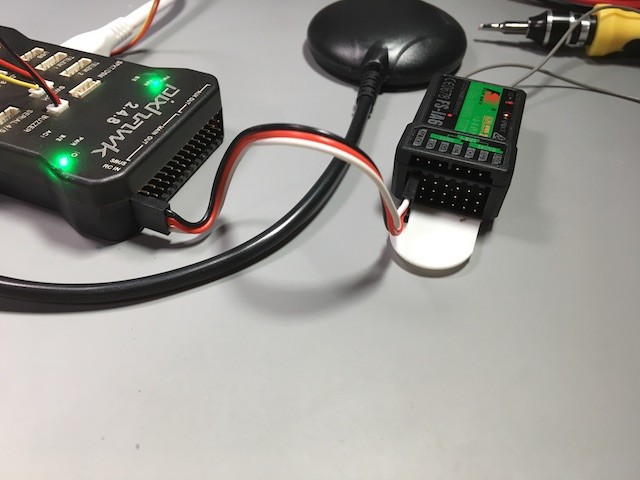 In this one, I’m testing the GPS+magnetometer (compass) module and the other sensors that are built-in to the Pixhawk. The white cable connects the Pixhawk to my computer via USB so I can get the data into Mission Planner. The cable with the red button at the end is the onboard arm/disarm button, another level of safety in addition to arming via the radio controller. 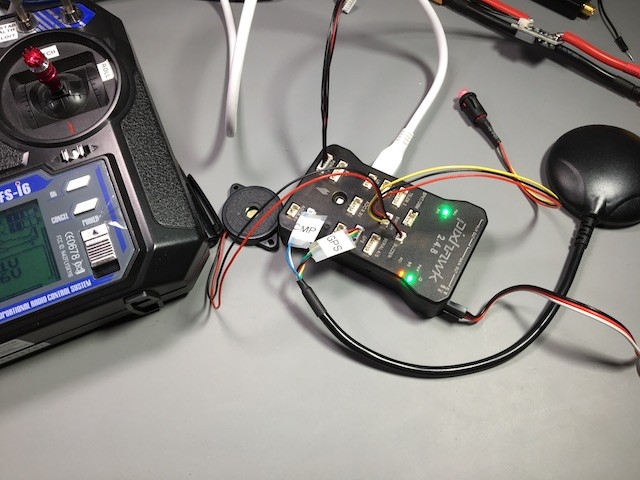 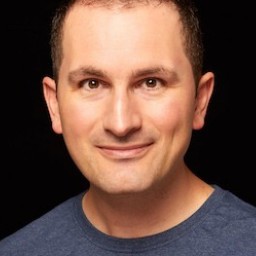