As a general rule you should always use the latest revision or latest issued standard. 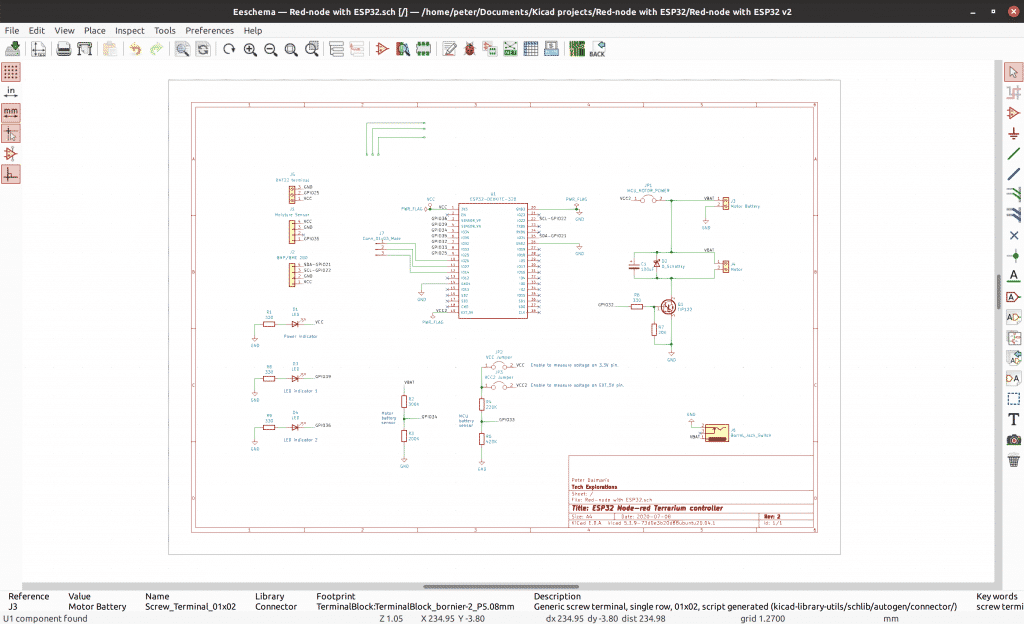 As a general rule you should always use the latest revision or latest issued standard.

1.    Standards having to do with reference designation methods.

•    ANSI/ASME Y14.44-2008 (Reaffirmed 2014), Reference Designations for Electrical and Electronics Parts and Equipment. This standard has replaced IEEE Std 200 that has been withdrawn by the IEEE.

•    IEEE 315-1975 (includes IEEE 315A-1986), Graphic Symbols for Electrical and Electronics Diagrams (Including Reference Designation Class Designation Letters). Specifically Clause 22, Class Designation Letters is used in conjunction with ASME Y14.44 as a set. This standard is no longer ANSI approved, the IEEE does not update or support it, but the IEEE still makes it available and enforces the copyright.

The following two IEC standards are used as a set to define a Reference Designation System (RDS):

IEC 81346-1 Ed. 1.0 b:2009, Industrial systems, installations and equipment and industrial products – Structuring principles and reference designation – Part 1: Basic rules.  Using this system you can get to a street in a city, an address on the street, a building at the address, a floor of the building, a room on the floor, a cabinet in the room, etc. It is a very extensive method and I only mention it here so that you are aware of alternative methods. Reference to IEC 113-2, IEC 60750, IEC 61346, etc. are deprecated and withdrawn.

IEC 81346-2 Ed. 1.0 b:2009, Industrial systems, installations and equipment and industrial products – Structuring principles and reference designations – Part 2: Classification of objects and codes for classes. This system uses two letters for everything in a class, subclass assignment. For instance the code RA stands for a resistance (resistor), reactance coil (inductor), and a diode because of the way items are classified. ATTENTION: As of this writing, 2018-07-23, I saw a notice that they are going to three letters and this will be implemented by the end of 2018.

•    ANSI/ASME Y14.100-2017, Engineering Drawing Practices. This is the overarching standard and references the following standards that would apply when reference designations are used.

•    ANSI/ASME Y14.24-2012, Types and Applications of Engineering Drawings. This is where schematic diagrams and assembly drawings are defined. An assembly drawing of a printed board assembly (PBA) is the parts layout drawing.

•    ANSI/ASME Y14.34-2013, Associated Lists. Explains what information goes into a parts list (PL), that the term Bill-of-Material (BOM) is deprecated, and that reference designators can be used in place of item numbers. However, that does not preclude having an additional column with item numbers. There are two types of PLs: A separate PL is one that is separate from the assembly drawing and is its own drawing or document. An included PL is one that is included on the field of the drawing of an assembly drawing.

3.    Standards on graphic symbols to be used for schematic diagrams and schematic entry programs.

•    IEEE 315-1975 (includes IEEE 315A-1986), Graphic Symbols for Electrical and Electronics Diagrams (Including Reference Designation Class Designation Letters). Why Clause 22 on Class Letters was included in this standard I don’t know. The majority, or all of the rest of IEEE 315 deals with analog circuit symbols. I have seen this standard on the internet from time to time and I was able to download it once. The IEEE does enforce the copyright—be careful.

•    IEEE 315A-1986, Supplement to Graphic Symbols for Electrical and Electronics Diagrams, is a part of IEEE 315. As the title states this is not a revision but is a supplement that added new updated IEC symbols at the time. Note: Those symbols that come from the IEC are denoted with ¯IEC¯ [<* the IEC is supposed to be with an overbar and an underscore at the same time, but I can’t do it with this word processing program.]

•    IEC 60617, Graphical Symbols for Diagrams. This standard is updated as needed as it is maintained as a database and is only available by paying a subscription fee. I recommend the use of IEC 60617, which symbols are in IEEE 315 and 315A. I have been able to find bits and pieces of IEC 60617 online, especially the symbols dealing with connectors.

•    NIST Special Publication 811 • 2008 Edition, Guide for the use of the International System of Units.

The IEC standard and the IEEE/ASTM standard will cost you some money. However, the NIST publication is available world wide at the <www.nist.gov> website and is a free/no-charge PDF download. This is the document that I use and always refer to.

Here are a few rules of using SI:

Next article
Browse this article
1.    Standards having to do with reference designation methods.
2.    Accompanying and relevant standards.
3.    Standards on graphic symbols to be used for schematic diagrams and schematic entry programs.
4.    Standards covering SI (System International, the Modern Metric System).

The articles in this series are written by Lawrence W. Joy (Larry)
[email protected]
Michigan USA.