My attempt is to extol the virtues of following the standards that exist in applying reference designations to electrical/electronic projects and products. Calling upon my decades as an amateur radio operator and as a graduated engineer in the field of analog/RF/microwave circuit design. 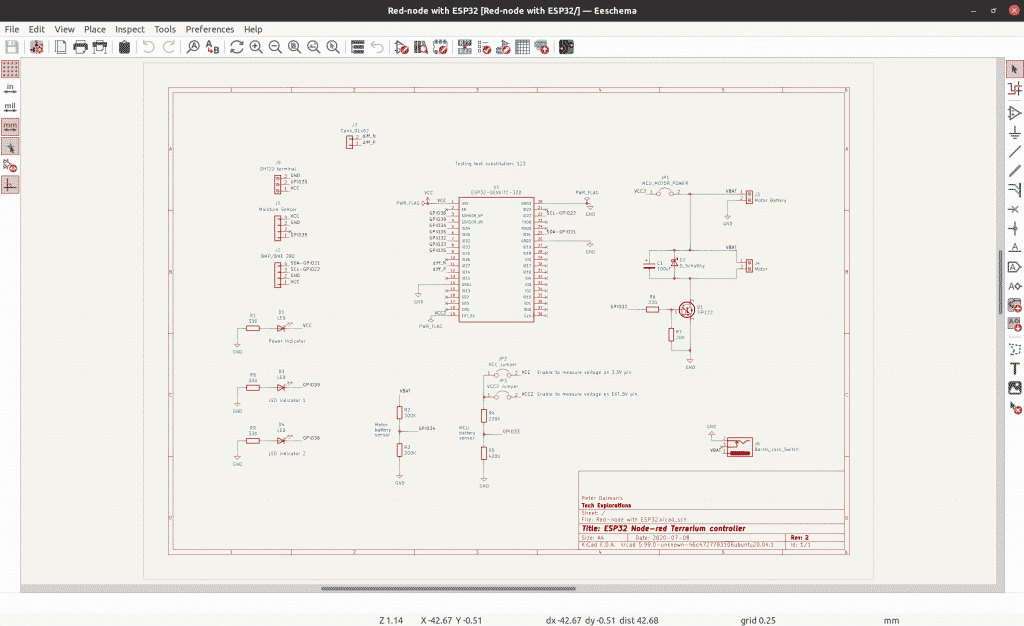 Welcome to this article.

My attempt is to extol the virtues of following the standards that exist in applying reference designations to electrical/electronic projects and products. Calling upon my decades as an amateur radio operator and as a graduated engineer in the field of analog/RF/microwave circuit design.

A case in point is the octagon shaped traffic sign. No matter if the sign has on it ALTO, HALT, or STOP, we all know what is meant. If you and I reference, understand, and use the pertinent standards we will have better understanding with less miscommunication.

What I do is reference all the applicable standards together in one place so you don’t have to go searching yourself:

Appendix A is a list of the standards that I have gone by for many, many years. If you are aware of some other additional standard, let me know and we will discuss adding it to the list.

Appendix B is based on IEEE 315 Clause 22, Class Designation Letters, with Clause 22.4, Class Designation Letters: Alphabetical List, being the “official” list of class letters. The IPC has published IPC-2612-1 2010, Sectional Requirements for Electronic Diagramming Symbol Generation Methodology that has an APPENDIX A they call Reference Designations. This is really a list of class letters, mostly from IEEE 315, Clause 22.4, but they have added nonconforming letters. However, there are a few class letters that need to be added because of modern day software and the use of PCB layout programs. Other companies and organizations use their own list or have published lists of class letters from time to time, but there is no need to, just follow the ASME and IEEE standard.

Appendix C is a list of nonconforming class letters. This list can always be added to. See Appendix B for the list of proper class letters to use.

A basic reference designation is of the form: LLL#A

Where LLL is a class letter(s)–a class letter denotes the class or kind of part and can be one, two, or three letters, but if three class letters the first letter will be an X. E.g. XDS or XAR. See Appendix B Clause 0.4 for the “official” list of class letters.

The # (octothorpe) symbol, or number sign, is a number that starts with 1 and can go as high as needed. Think of it as a serial number.

For a simple one printed circuit board assembly (PBA), a small volt-ohmmeter, or a radio receiver, such  as a WWII BC-348 shortwave receiver with point to point wiring, only a basic reference designation is necessary to completely identify each part in the equipment.

“For more complex sets involving two or more units or one or more levels of subassemblies, to completely identify an item within the set, the basic reference designation shall be prefixed with the designations assigned to the subassemblies and the unit incorporating the item”.

Appendix D shows a simple system subdivision, these are often called product structure diagrams. They show how a product is structured or put together. A system subdivision is structured like the directory tree of a personal computer, or more like an upside down tree or the root system of a tree. I have only shown the major blocks, assemblies and subassemblies, each of which would have an associated parts list of basic reference designated parts. As you go down the levels of the system subdivision the reference designation prefixes are added on. If you only have one unit in your product then you can drop the number (unit number).

Lest you think that this unit numbering system is only used by the government, which includes the DoD, DoE, FAA, FCC, and NASA you would be wrong. As I recall looking at the service/maintenance manual for the old HP spectrum analyzer model 141T mainframe and IF plug-ins, they used this system. As did the old HP network analyzer model 8410C. And that Channel 41 TV transmitter, designed and produced by Amperex, that I babysat also used the Unit Numbering Method. So be aware, it’s out there.

The Block Numbering Method does not work without twists, turns, and contortion. For those who use the method:

Experience I have had with ECAD/EDA systems include:

PADS (Personal Automated Design System, or something like that) when it was an independent company based in Massachusettes. I only used the schematic capture part of it as the small company I worked for had two guys that did the board layout work.

A very large avionics company I worked for had Mentor Graphics DxDesigner for schematic capture and Board Station for board layout. There was a whole department that did PCB layout while the engineers did the schematic capture.

I used Mentor Graphics PADS later when I worked for a very small company and I did both schematic capture and board layout.

The printed circuit board assembly house I worked for had Altium Designer that the head engineer was always using. I would use it to look over the Gerber files from customers in order to properly order the PCBs for the product. I never got a chance to do any schematic capture or board layout with this software program.

Having known about KiCad previously I had the IT guy at the PBA house, mentioned above, download KiCad in order that I could use KiCad’s GerbView program to look over Gerber files, because the head engineer was always busy using the only company’s copy of Altium. I have used KiCad personally to do several schematic diagrams and now that KiCad version 5 has been released, as of 2018-07-22, I plan on several projects that include PCBs.

See Appendix E for an anomalous situation with KiCad dealing with suffix letters. There may be other EDA programs that suffer this also, but I am not aware of them.

The articles in this series are written by Lawrence W. Joy (Larry)
[email protected]
Michigan USA.