In my previous post, I started telling you a familiar tale: when your project overgrows the breadboard, frustration will only intensify.

Unless you use the appropriate tool and migrate your circuit to a well-designed PCB.

At the end of my previous message, I wrote that I made a list of requirements for the software tool that would help me do just that.

I also wrote that I was able to find a tool that ticks all the right boxes.

In this post, I will continue where I left off, and “reveal” this tool. Well, you will probably NOT be surprised the result of my search.

First, a recap of my selection criteria.

My nice to have selection criteria where:

Not much to ask, right?

With Kicad, I had a PCB design software that addressed all of my requirements.

Kicad is open-source software, cross-platform compatible, works with all online PCB manufacturers I have tested, has features that are typically found in costly alternatives, and has an awesome community of developers and users.

I could not find a textbook, an online course, or a project book that I could use to learn Kicad quickly. Instead, I had to endlessly browse through blog post after blog post. While the Kicad documentation is excellent, it doesn’t have the features that I look for in an educational resource.

Like many other people, I learn best through projects.

So, I set out to create the course and the book I wish I could have learned from.

When the Kicad developer team released version 5 in August 2018, I was ecstatic. I had already started working on my new Kicad Like a Pro book, using beta versions of 5.

Version 5 is the real deal.

It is the version at which I can confidently say that Kicad has reached a level of maturity typically seen in proprietary engineering software.

For people already familiar with previous versions of Kicad, the transition is seamless, and the changes make its usage easier than before. Features and workflows that used to be broken or problematic, now work (I am looking at you, Library Manager!).

For people new to Kicad, the news is even better.

Kicad’s menus and workflows are better organized, making learning much easier. There are fewer “gotchas” and confusing user interface choices. And the Linux, Windows and MacOS versions are almost identical so that those of us that work with all three can feel at home.

The 2nd edition of Kicad Like a Pro is now available as an ebook bundle. This ebook contains everything I know about Kicad and the process of designing and manufacturing printed circuit boards.

It is an excellent resource for anyone interested in making their own PCBs.

If you have never designed a PCB before, use this book to learn the fundamental concepts of PCB design, the terminology, the Kicad workflow.

Now, I’d like to show you one of the things that you can do really quick in Kicad. One of the features that can take your work with circuits and your workmanship to the next level.

It is one of the recipes in my book, in which you will learn how to quickly create the connections (routes) in a circuit board. When I write “quickly,” I mean it. By using an open source component that implements this feature in Kicad, you can automatically wire the components on a typical Arduino 2 or 4 layer board in a few seconds. To achieve the same result manually, you would need an hour or more.

(but don’t worry if you have gaps in knowledge that make you feel a bit lost; in the book, I explain all the concepts you need to make this recipe easy to understand and implement).

I have had a lot of discussions with makers and even engineering students and graduates and about Kicad. While they all agree that having PCB design skills is essential for anyone that needs to design and assemble circuitry, I felt a lot of skepticism against Kicad. A common argument was that Kicad is not refined enough, and not feature-full enough compared to its competition. Another one was that Kicad is excellent for small projects, but it becomes clunky for larger ones. And another argument was that it’s user interface and workflow was poorly designed and implemented.

I spent a lot of time thinking about all this, and several more reasons people gave me for staying away from Kicad. In the next email, I’ll explain the ten reasons why I think that Kicad is an excellent tool for hobbyists, engineers, STEM students, and teachers to learn and use. I want to help you understand the power that is packed inside Kicad, and why learning it is one of the best things you can do if you are serious about building up your Maker skills.

Until then, happy making! 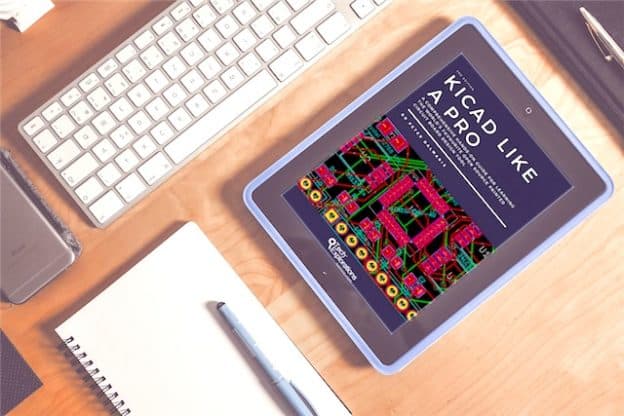 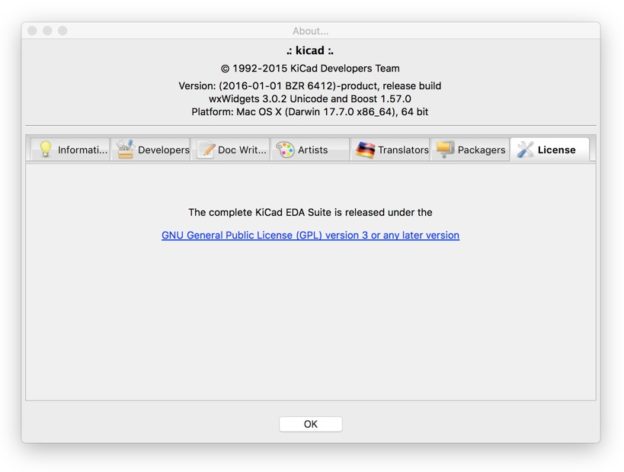 The ebook version (in PDF, epub and mobi formats) is available now at the Tech Explorations bookstore. You can find detailed information about this book… 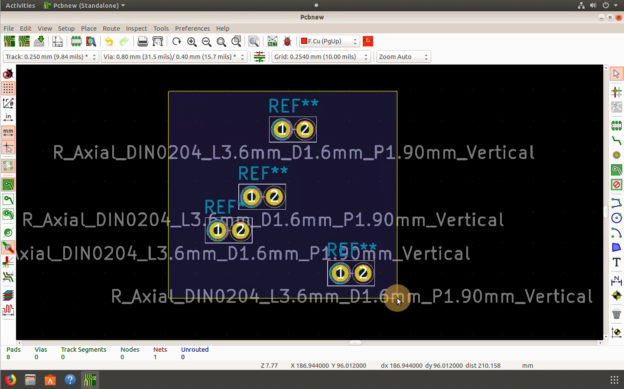 Hi!A question that I received from a student of KiCad Like a Pro Second Edition, is how to align components, or I should say, footprints… 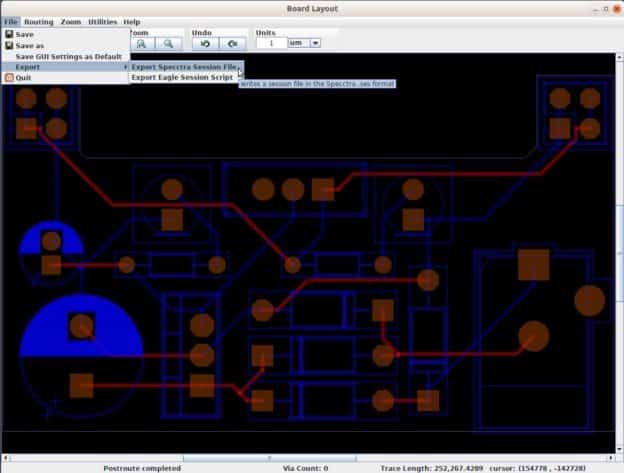 I’d like to show you one of the things that you can do really quick in Kicad. One of the features that can take your… 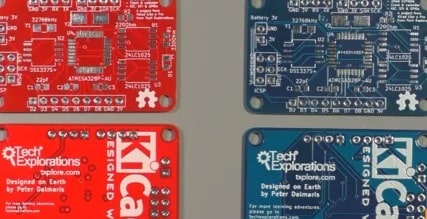 The text in this post is based on the transcript of the video. In this video I’d like to show the results of the PCBs…