In this post, I share another sample from Raspberry Pi Full Stack. This one is the introductory lecture to another new section, in which I show you how to add a remote Arduino sensor node to your Raspberry Pi project..

This Arduino node is using the nRF24 transceiver to send sensor values to the Raspberry Pi. It is organized and connected in networking mode, so that you can add any number of Arduino nodes to your network.

Transcript from this sample lecture

Hi and welcome to a new section in this course.

In this section, what we’ll do is to expand our Raspberry Pi gadget with additional nodes.

We’ll have a new node that consists of an Arduino Uno, which is connected to an RF24 transceiver.

The Raspberry Pi will receive the data and record it in its database.

And that requires a few little changes as well in the front end.

And I thought, I’ll show you what the end result of the work we’re going to do in this section will be like.

And then in the next few lectures, I’ll take you through step by step the implementation process.

So by the end of this section, what you’ll have is something like this, which looks like the original user interface for our gadget, except now we’ve got a little field here which holds a sensor ID.

Up to now we’re going to working only with the Raspberry Pi and its sensor and we call that sensor ID “1”.

But we’re going to add another node to our gadget, which is going to be the Arduino, as I said earlier.

And for the purposes of this demonstration, I’ve given it the ID of “3”.

So once we have a few samples recorded, we’ll be able to go here, say I wanted to see the records for the node with ID “3”, you can submit.

And we’ll be able to retrieve data from sensor, this case, ID “3”.

And the way that we are going to build this will allow us to set up any number of remote sensors or remote nodes, because we’ll be using the network version of the RF24 library for the Arduino and for the Raspberry Pi, which allows us multiple nodes, as I’m going to show you very soon.

So this is what we are going to be working on in this section.

We’ll start with the Arduino.

In the next lecture, I’ll show you the wiring and the sketch for the Arduino and then switch over to the Raspberry Pi and conclude the project by putting all the modifications, hardware and software together to build what you seeing here. 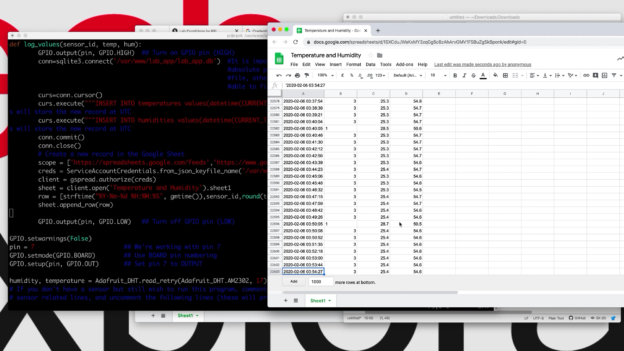 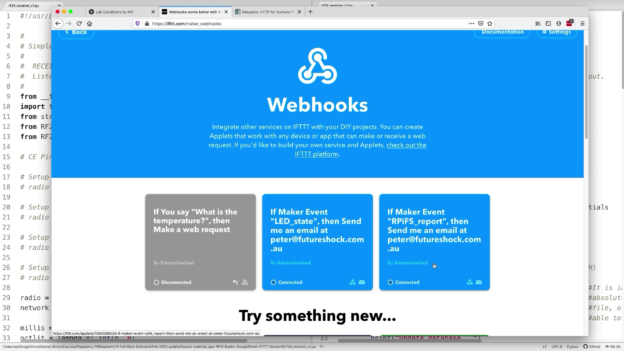 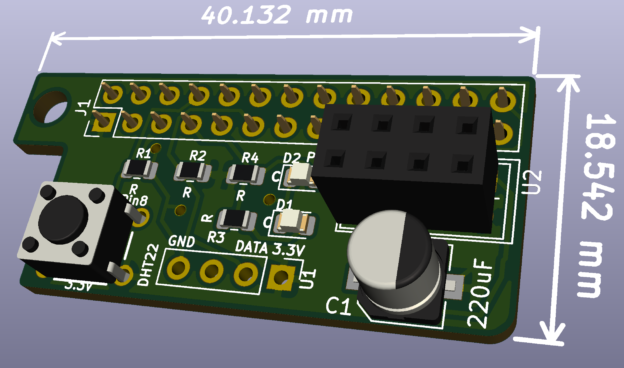 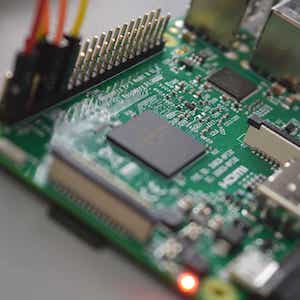 I am eager to tell you about my course Raspberry Pi Full Stack and the latest update & extension that we just published. I will…