In this lesson I will show you how to split your MicroPython programs into multiple files so that you can better organize your code. 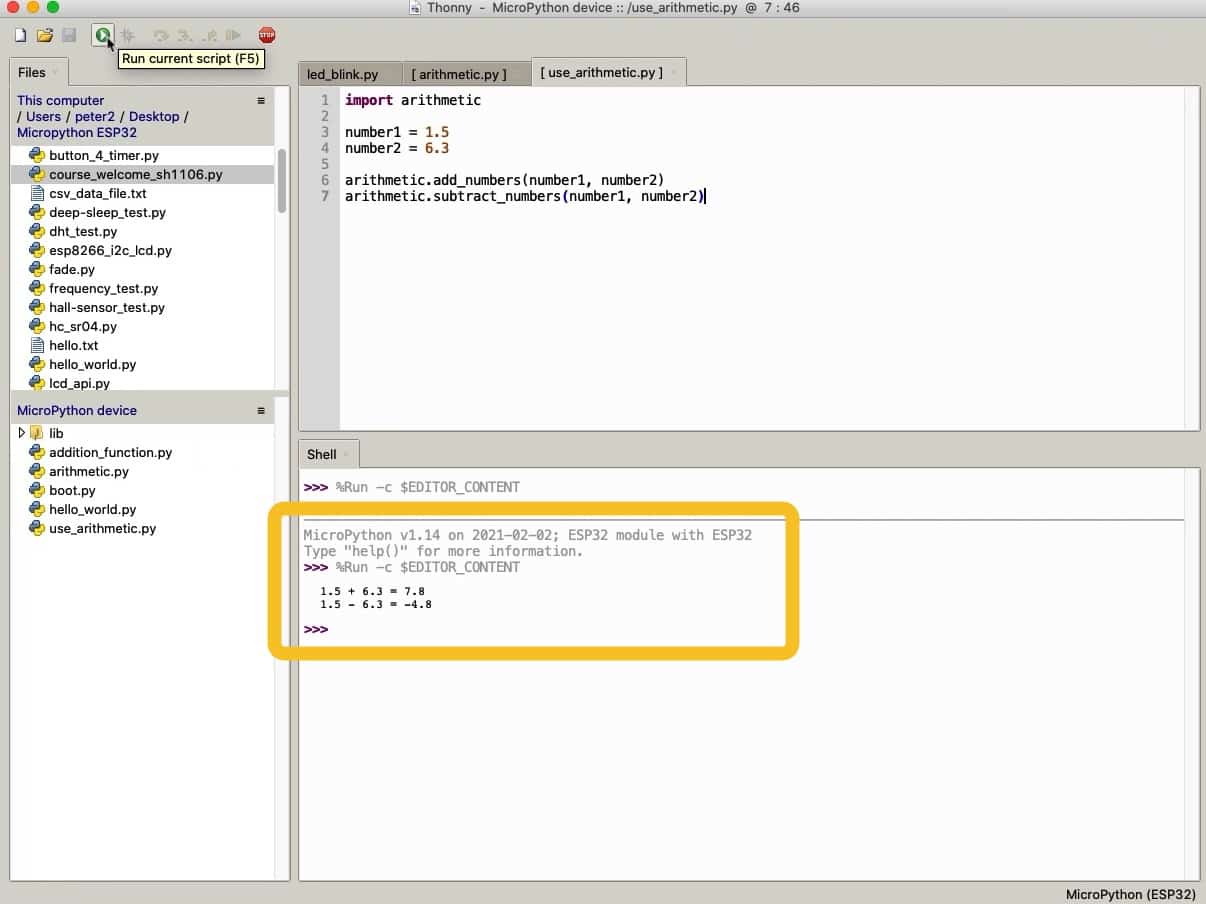 In this lesson I will show you how to split your MicroPython programs into multiple files so that you can better organize your code.

Doing so is particularly useful as your programs become larger and more complicated.

To show you how to split your MicroPython program into multiple files, I have prepared a simple example. The example contains two files, that I list below (first, screenshots that show how these files look in Thonny, followed by the code): 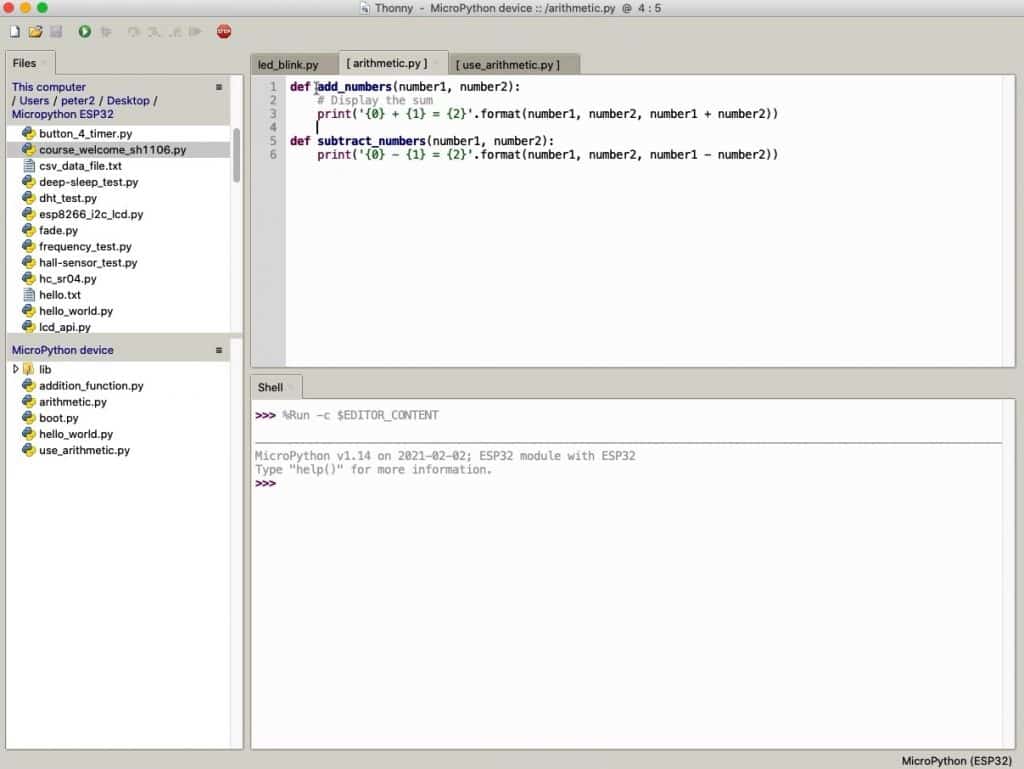 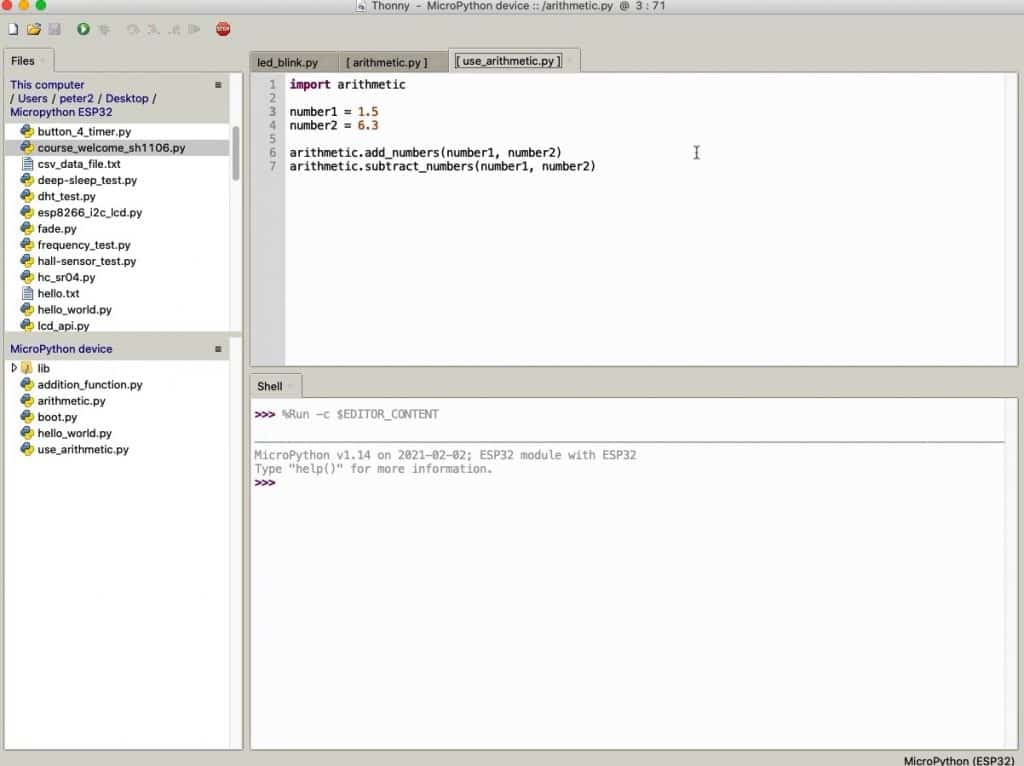 The first file is titled "arithmetic.py", and it contains two functions.

The first one is "add_numbers" that receives two numerical parameters, adds them, and prints the result to the shell.

The second function is titled "subtract_numbers". This function also receives two parameters, subtracts them and prints out the result to the shell.

Don't worry about the details of how these programs work. I have a complete section in the course dedicated to the MicroPython language where I explain everything, including the use of the format function, how to create custom functions, parameters and classes.

The second file is titled "use_arithmetic.py".

In the first line, we use the import keyword to import the contents of the "arithmetic.py" file. With this import, we can now use the two functions defined inside arithmetic.py without having to write them again.

In other words, the file arithmetic.py consists of a small MicroPython module that we can import and use in other programs.

To import a module, we use the import keyword followed by the name of the file that contains the code that we want to import, without the ".py" extension.

Next in use_arithmetic.pu, I create two variables to hold the numbers that I want to use later, and give each an initial value.

Finally, I call the calculation functions that exist in the arithmetic module to do the addition and subtraction between those numbers.

As with any MicroPython program in Thonny, to run it, simply click on the play button. 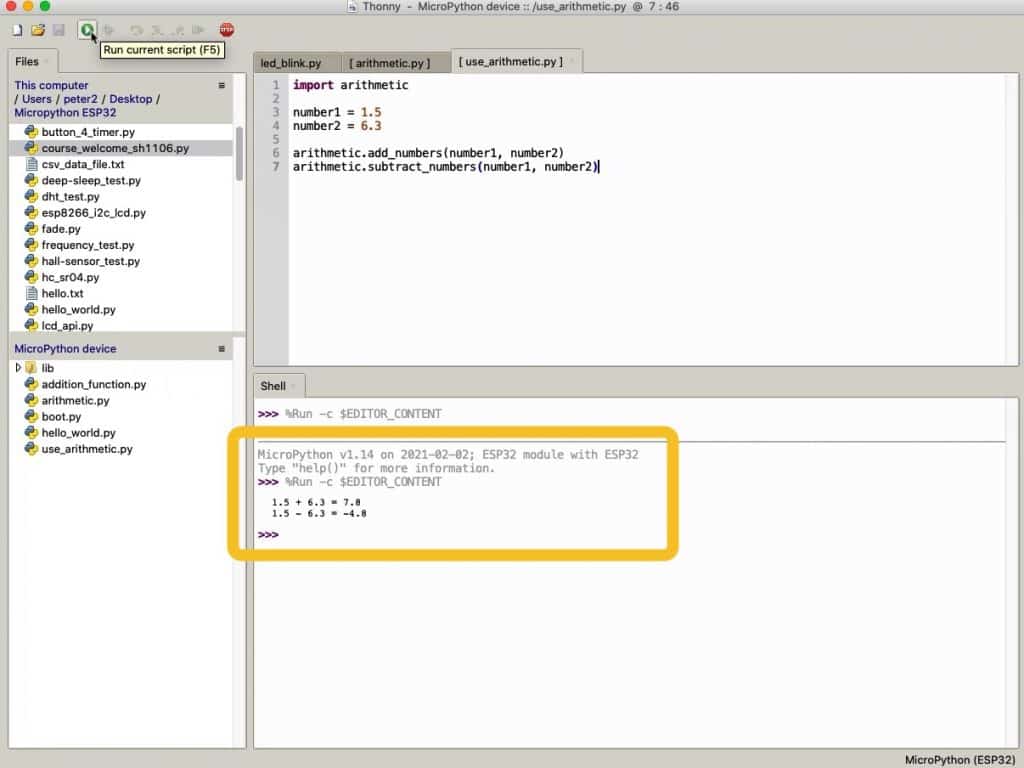 My modular program has executed. Output is in the shell.

Why split a program?

The files in this example are tiny. But imagine your programs getting bigger and bigger as you become more proficient in the language. Being able to split them into multiple files results in programs that are more efficient, easier to manage, easier to modify and easier to share. Each file can be dedicated to a single task or a set of closely related tasks. 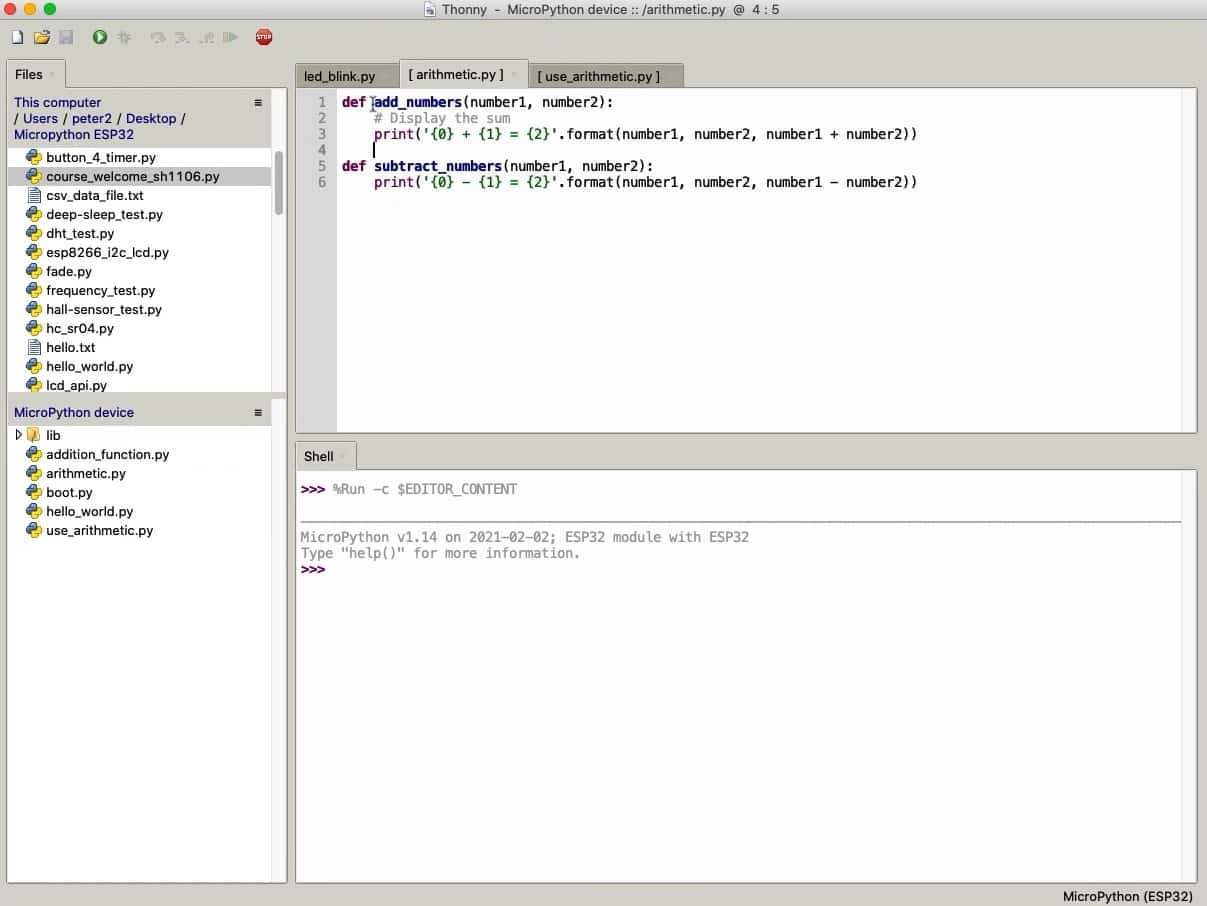 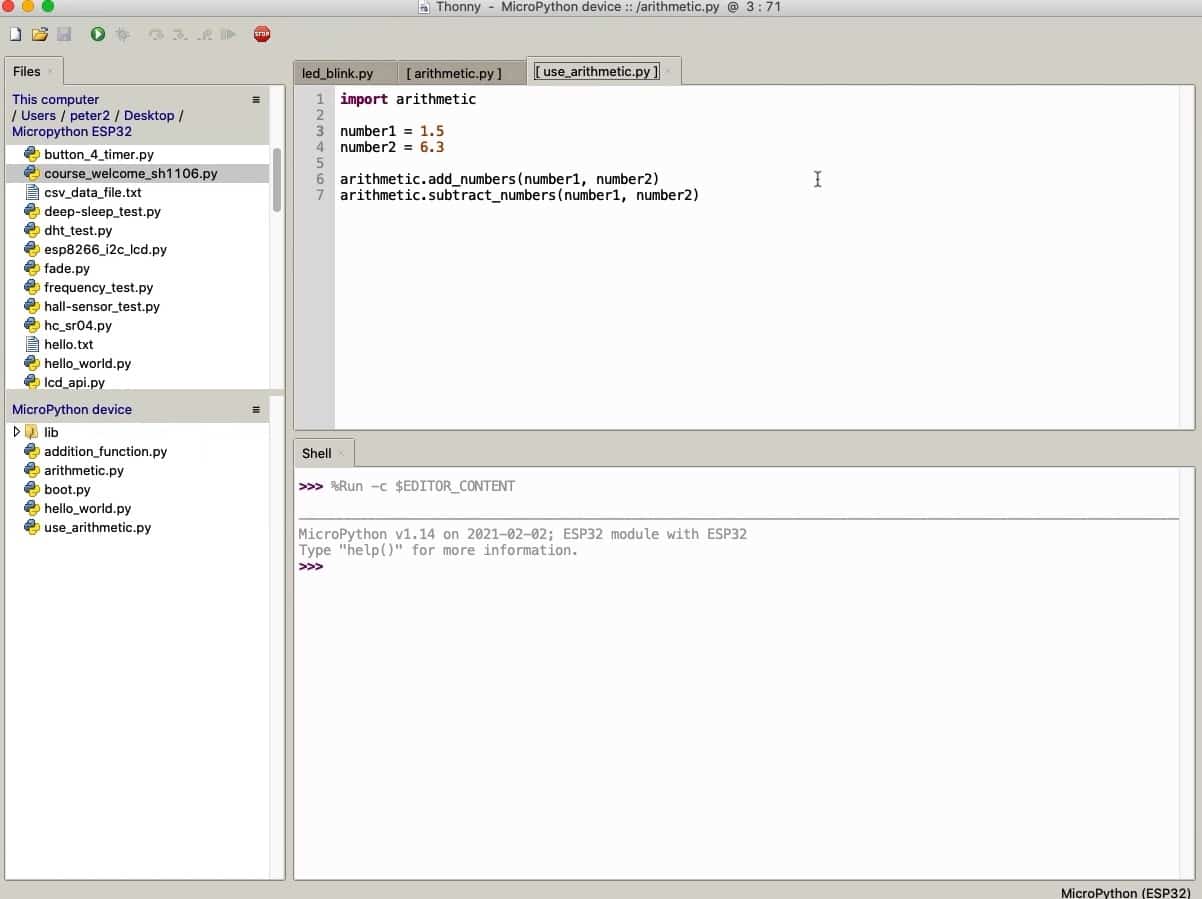