Well-crafted libraries allow us to improve the quality of our gadgets with very little additional effort. In this article, you will learn how to use a simple library to improve your servo motor controller sketches with minimal changes in your code. 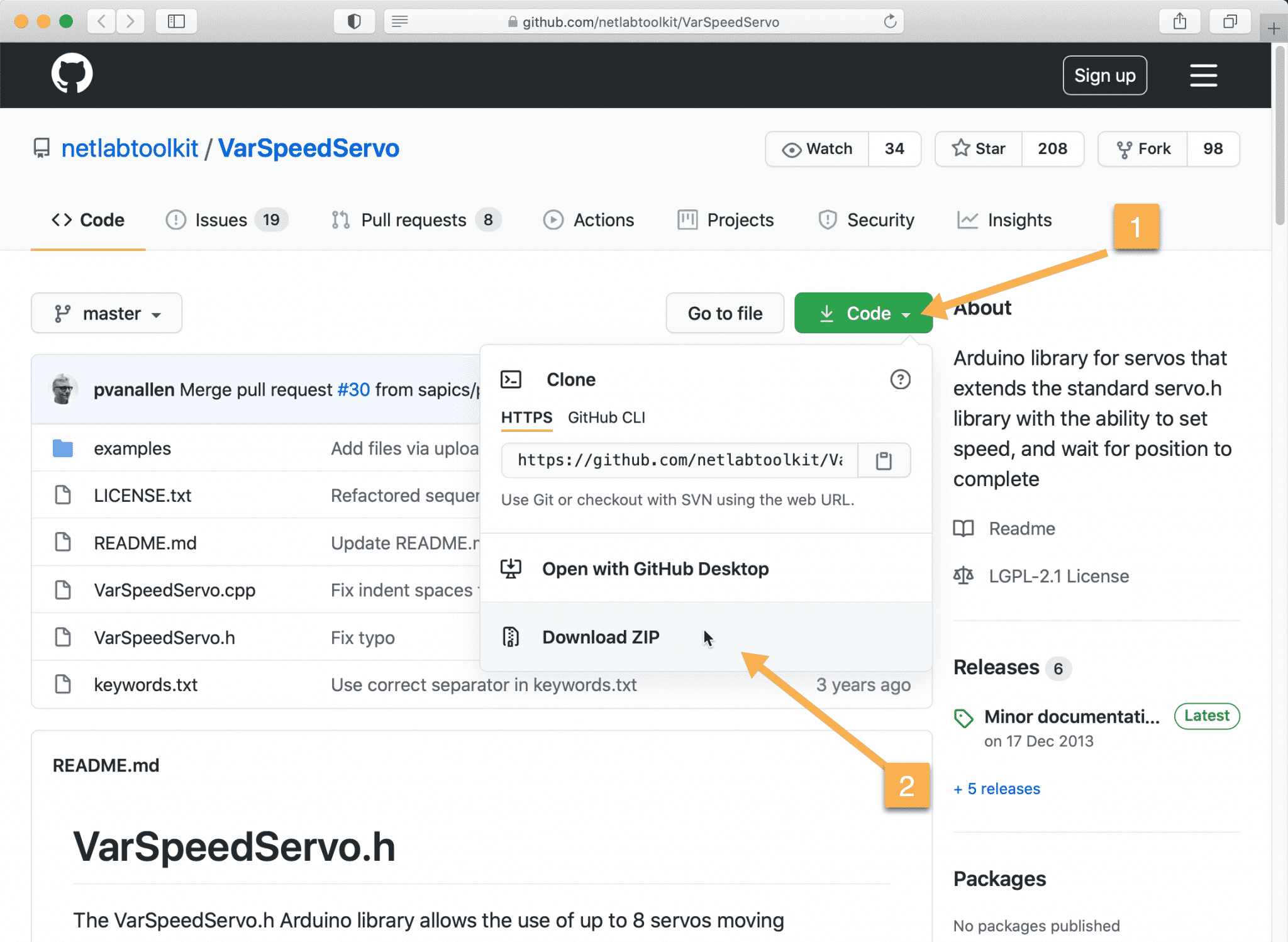 The build in Servo library is good and very simple to use. However, there’s more we can do with the hardware than it allows us.

For example, how fast should the motor move from one position to the next? What about the ability to define a set of movements for the motor to perform, and then send them with a single instruction?

To achieve functionality like that, we need to use an external library. I am going to show you how to use the VarSpeedServo library, written by Korman and updated by Philip van Allen. Thank you to both for their work and contribution!

First, you will need to get this library. Go to the library Github repository to download it.Click on the green "Code" button to expand the drop-down menu ("1"), and then click on "Download ZIP" ("2") as I show in the screenshot below: 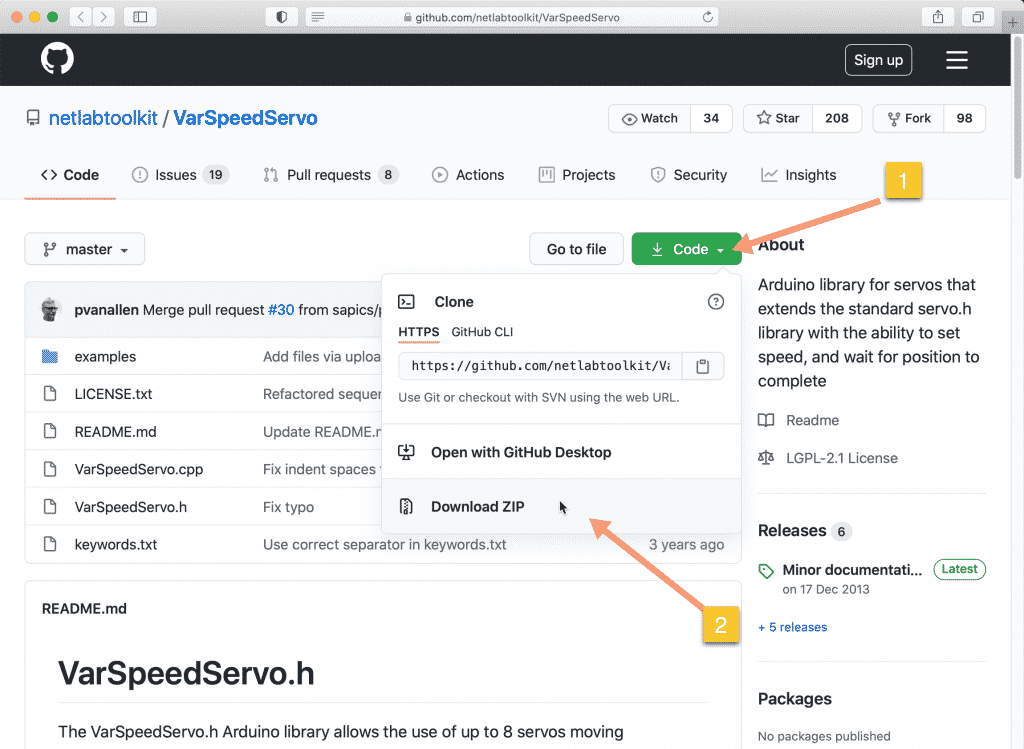 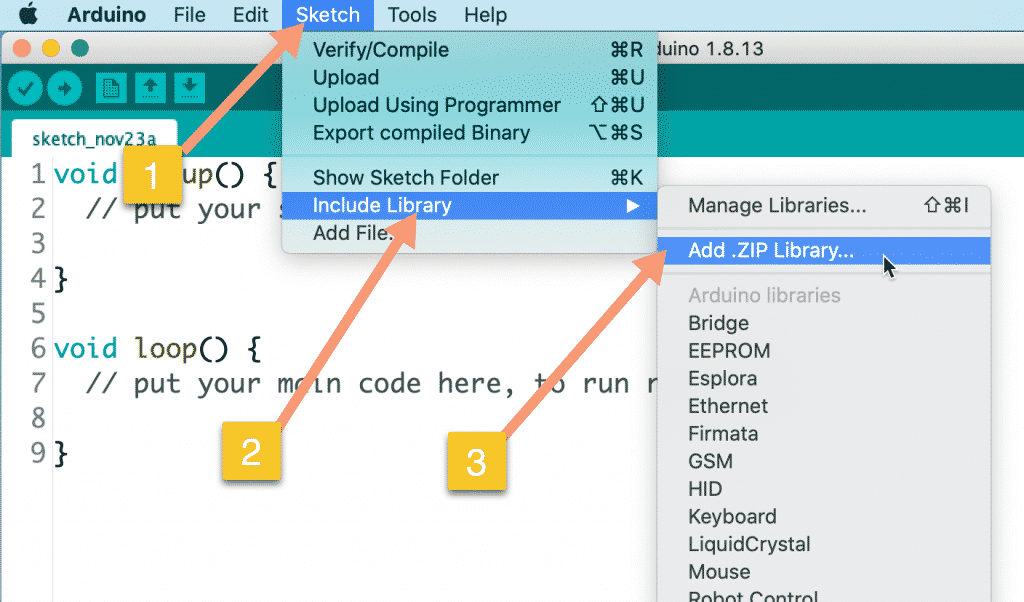 In the dialog box that appears, navigate to the location where the ZIP file is stored on your disk, select it, and click "Choose". 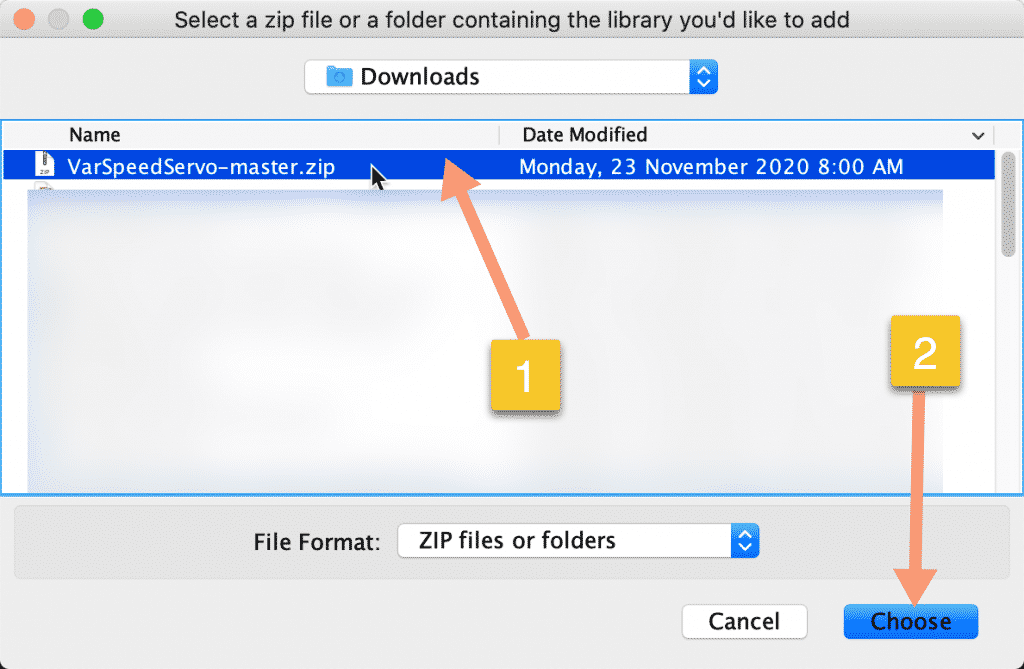 The VarSpeedServo library is now installed and ready to use. The library comes with several examples. One of them is "Sweep", which is perfect for an introduction to the library. Let's open it. Go to the Arduino IDE and click on File ("1") --> Examples ("2") --> VarSpeedServo-master ("3") --> Sweep ("4"). 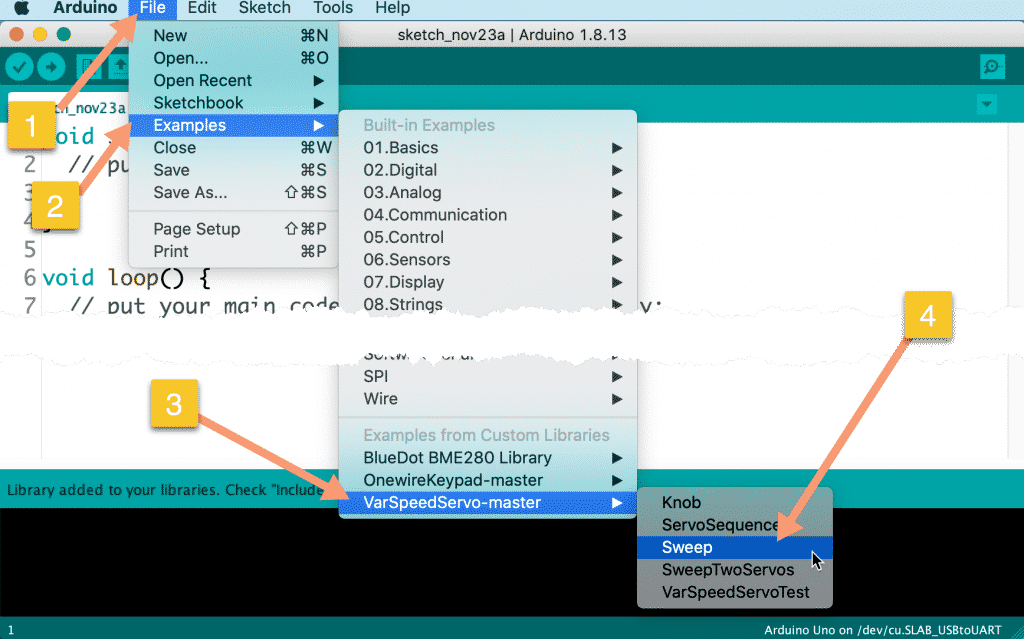 // create servo object to control a servo
// a maximum of eight servo objects can be created
VarSpeedServo myservo;

// the digital pin used for the servo
const int servoPin = 9;

// attaches the servo on pin 9 to the servo object
myservo.attach(servoPin);

// set the initial position of the servo, as fast as possible, wait until done
myservo.write(0,255,true);

You can probably see the similarities and differences between the original Sweep sketch and this one.

In the header of this sketch, you include the VarSpeedServo library and create the myservo object. You set the servo signal pin to 9.

In the loop() function, you attached the servo at pin 9 to the myservo object.

You then send the first command to the servo by using the myservo.write() function. This looks the same as in the original Sweep sketch, except that is takes three arguments, not just one.

What do you think happens in the loop() function?

Let’s now connect the potentiometer, like we did in the second part of the first project, and load the VarSpeedServo example sketch titled Knob into the Arduino IDE. You will find this sketch under File ("1") --> Examples ("2") --> VarSpeedServo-master ("3") --> Knob ("4"). 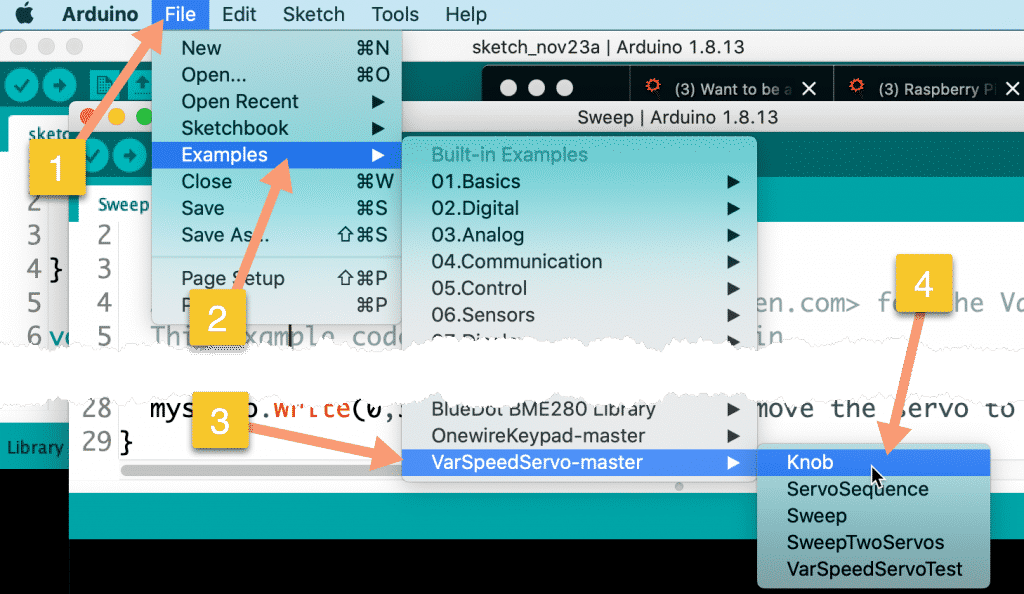 // the digital pin used for the servo

// variable to read the value from the analog pin

// sets the servo position according to the scaled value

// waits a bit before the next value is read and written

Compare this against the sketch from the second part of the first project.

Notice how the sketch above also makes use of the myservo.write(val) function, with just a single argument? The VarSpeedServo library allows you to use the familiar functions from the build-in Servo library, so that any existing sketches you may have lying around will still work. You get the additional functionality, as we saw in the Sweep sketch, for free!

Can you build a circuit that contains a servo motor and three buttons?

If you would like to learn how to use servo motors with your Arduino, consider enrolling to Arduino Step by Step Getting Serious.

We have a full section (Section 17) with 10 lectures dedicated to this topic. 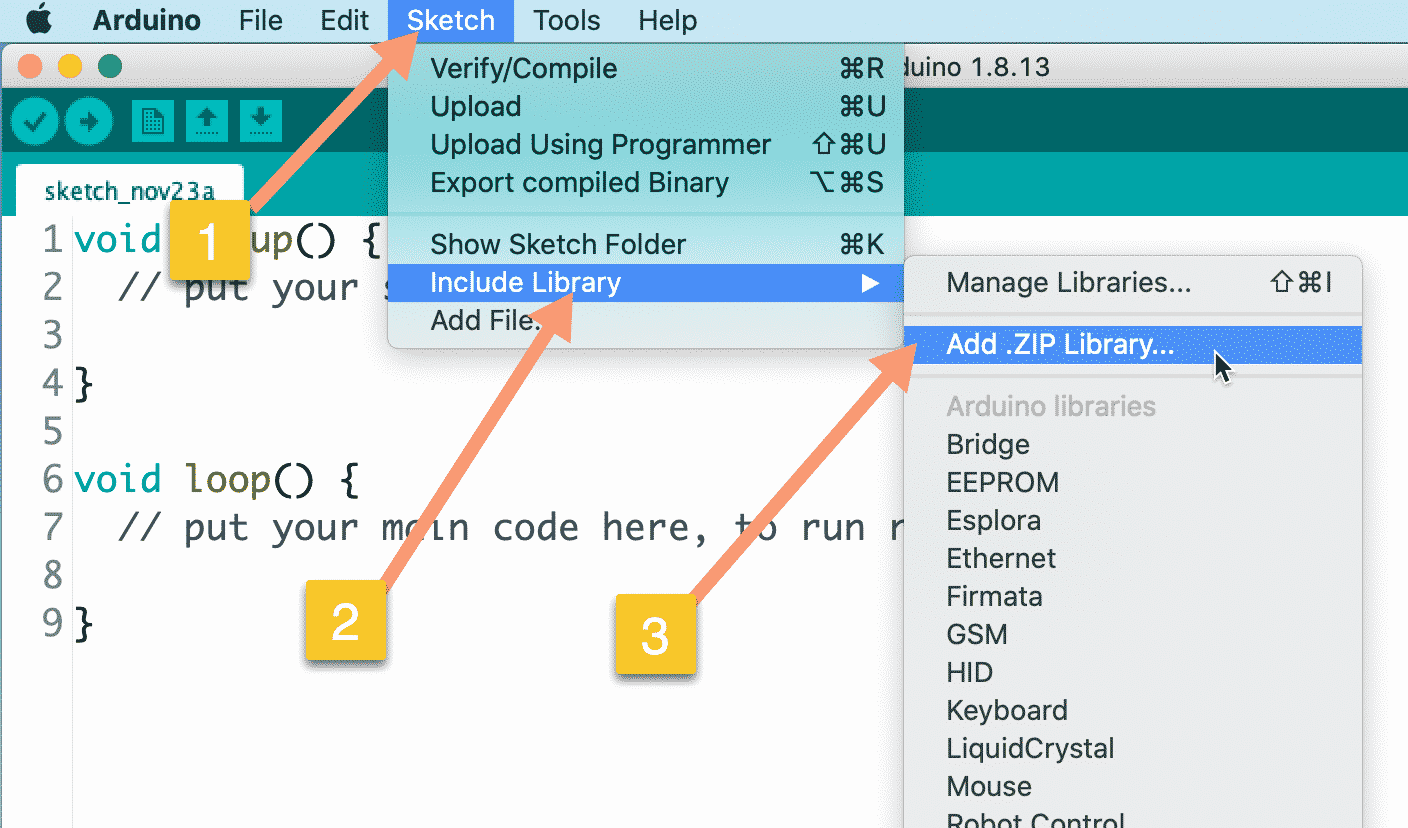 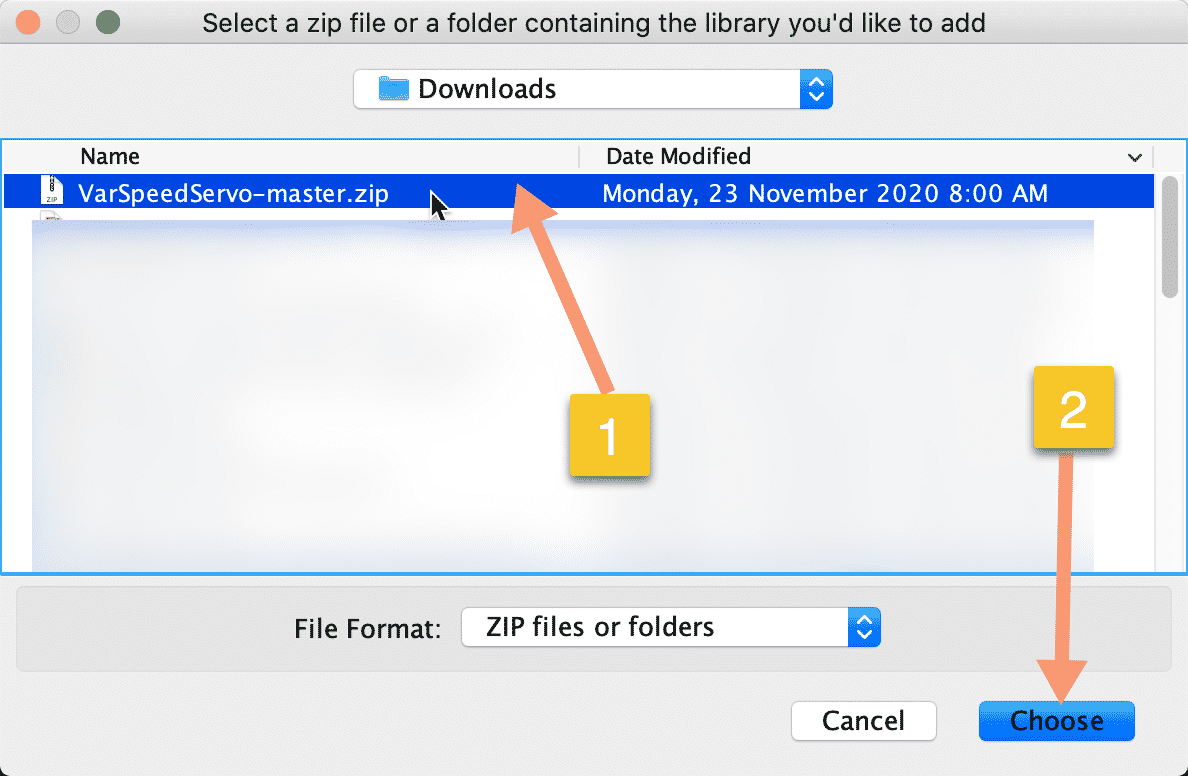 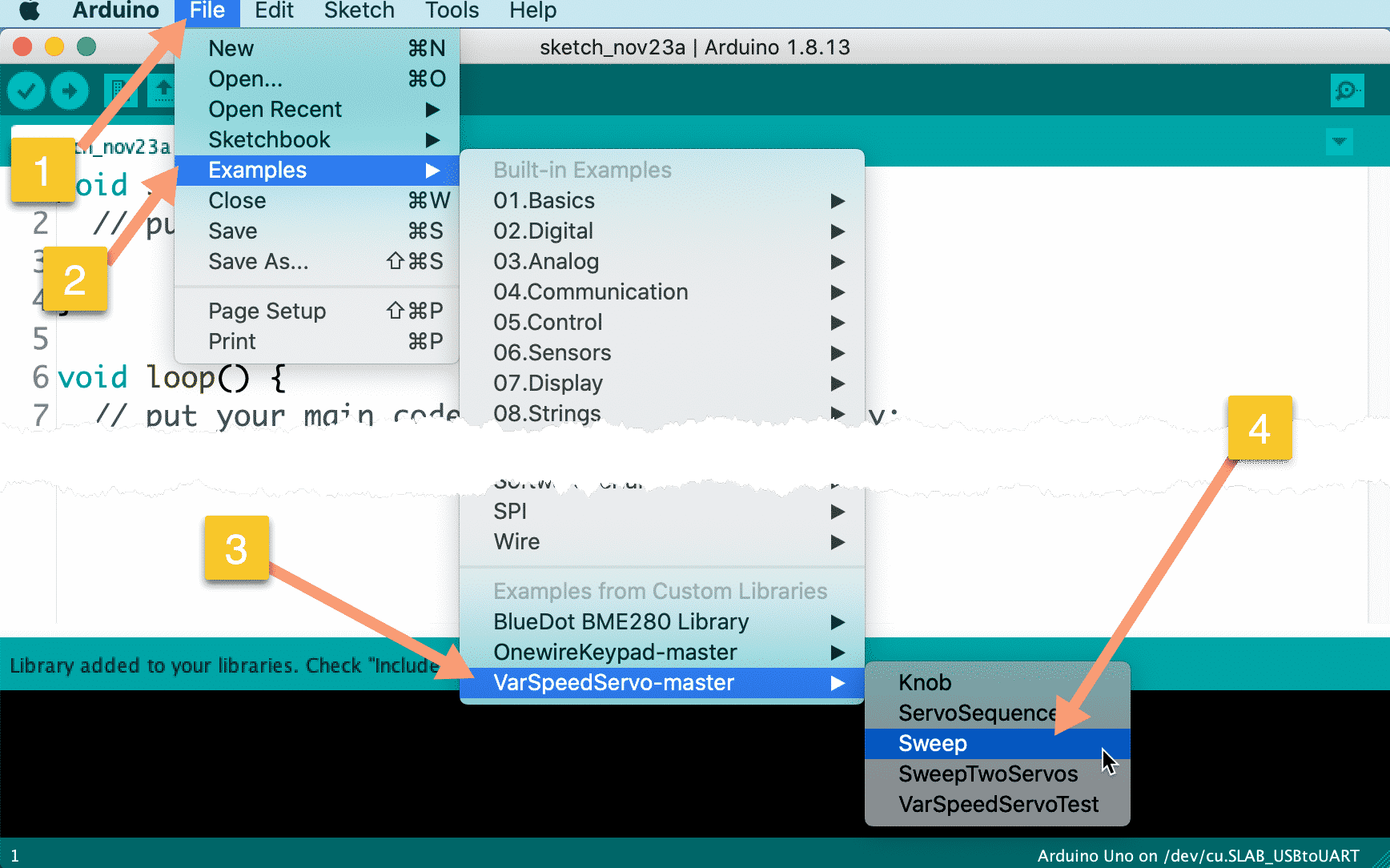 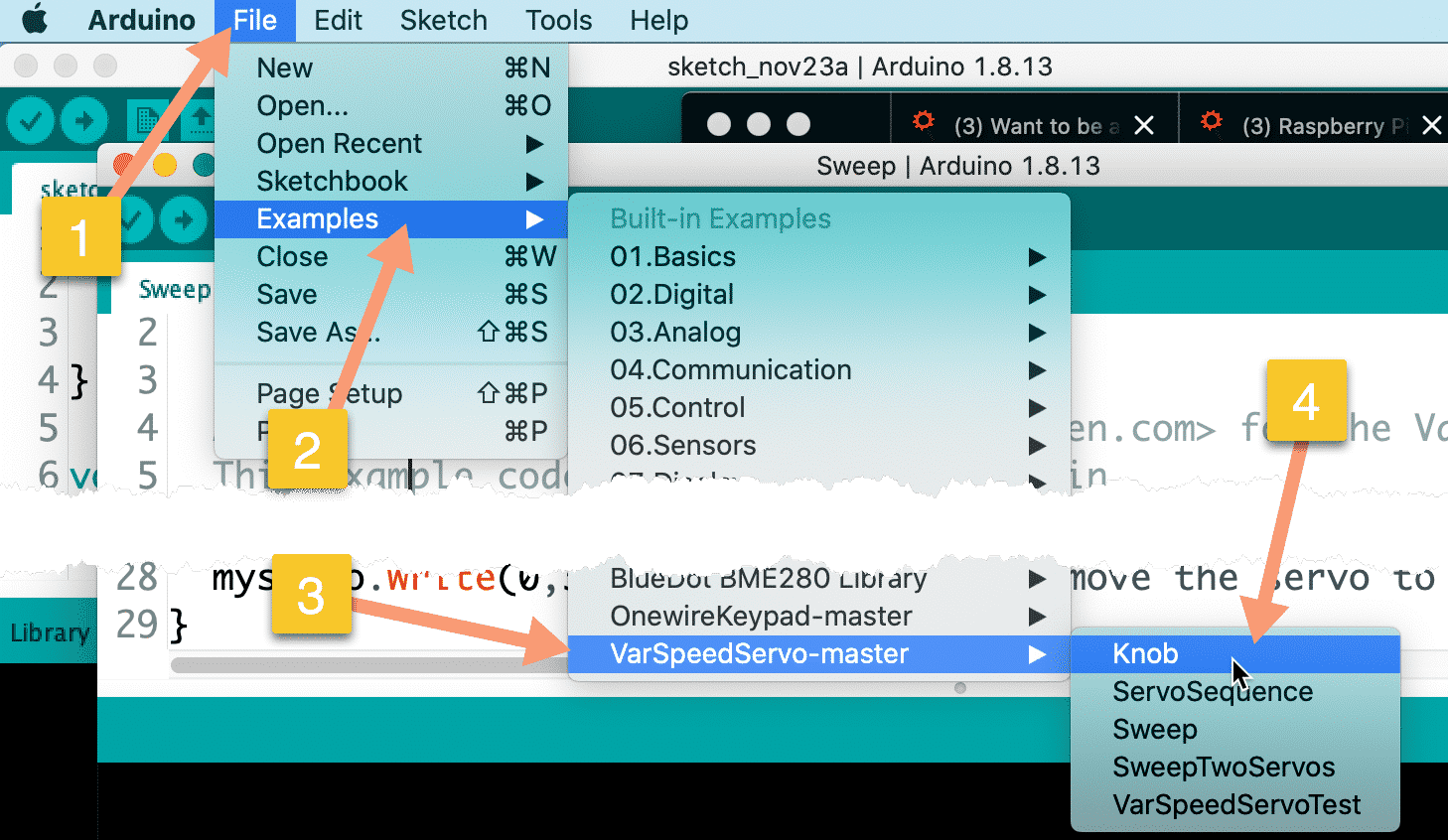