Online research shows clearly that this and similar problems with KiCAD uninstall and reinstall (or upgrade) are quite common, going back many years, across different versions, and for different reasons. Some people are upgrading to new versions, particularly from 5 to 6.

In this guide, I document my experiments in installing and purging the nightly release of KiCad 6, and a clean install of KiCad 6.0.7 in Linux  Lubuntu.

Written by Wally Kalnins (AKA Quasar9) 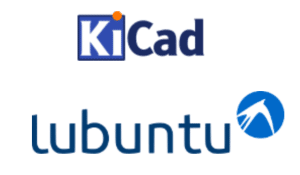 Online research shows clearly that this and similar problems with KiCAD uninstall and reinstall (or upgrade) are quite common, going back many years, across different versions, and for different reasons.

Some people are upgrading to new versions, particularly from 5 to 6. So far, over the years, no definite and guaranteed solution has been found. In particular there is as yet no solution that simply allows a user to very easily uninstall any recent version of KiCAD and reinstall the same or different version of KiCAD, without having to resort to complicated and arcane command line methods.

Many users understandably do not care about learning the intricacies of operating systems and applications management – they just want to get on with the projects they are working on, without hours or days or weeks of interruptions. This author has even tried, 3 times each on 2 identical PCs, complete HDD wipe and then OS and all apps new install – many days of work all to no avail, just to try to solve this one problem.

The following summary may help some (maybe not all) people with their similar problems. The KiCAD experts need to find the root cause(s) and develop reliable, simple, solutions. It is possible that man-years are being wasted unnecessarily.

For brevity, some details have been omitted here, but are fully documented including screenshots and can be made available on request.

On identical PC1 & PC2 with fresh Lubuntu 18.04 plus fresh full suite of all other CAD etc apps.

That is when the troubles began.

Followed Einstein’s advice and tried something different, plus some more online research.

Identical situation on PC1 & PC2. More research and command line work to do.
Tried uninstall plus more file purging, and reinstall again, but only on PC2, not on PC1 (used for regular 24/7/365 work).

On PC2, ALL component libraries were now missing. KiCAD 6 (nightly) on PC2 was obviously totally unusable.

NO symbols, NO footprints, NO 3D models.

Days of effort for nothing useful – just another learning experience inside Linux.

A complete waste of time, but there was no obvious option other than to try it first.

No one else online had a reliable and simple solution to the same or similar type of problem.

Using the first standard KiCAD 6.0 was being avoided up until now, because a colleague said (6 months ago) that he had tried it, but it would not work with FreeCAD, and advised to use KiCAD 6 (nightly) simply because it was already proven to work well together with the other necessary applications, and was automatically updated almost daily.

There have been some new KiCAD releases since then.

Nothing to lose now. Try it.

If necessary, a new spare hard disk is available for experimenting with a fresh Linux install.

PC2 in its current uncooperative state will be tried first. A good hard test on the worst case so far.

Test KiCAD on known good projects (lost count of the number of tests done so far, as above).

Test KiCAD 6.0.7 Stable, including with Freerouting.

The same Plan B was applied to PC1, and all appears good, so far. PC1 and PC2 now work identically again.

The above is only a workaround, in one particular situation, and is not the desired ultimate solution.

It would be wise, for the moment, to totally avoid having to reinstall KiCAD again, and just put up with the occasional experimental garbage that may creep into its library system.

The regular automatic updates may be sufficient to progress painlessly to newer versions.

It is now up to the KiCAD maintainers and developers to solve a serious problem that has lingered for years, across multiple KiCAD versions, affecting many people.

It should be very easy, not extremely difficult or impossible, for all KiCAD users around the world, on all platforms, to uninstall, reinstall, upgrade, downgrade, update, cleanly and simply.

The author has only ever tinkered with KiCAD 5 and was waiting for KiCAD 6. KiCAD 5 was wiped clean off its hard disk long ago during a new Linux install, so the upgrade and project documents migration problems from 5 to 6 were never experienced.

Learn more
Browse this article
Make a PCB at home
Professional PCB manufacturing services
What is a Gerber file
Ready to learn KiCad?